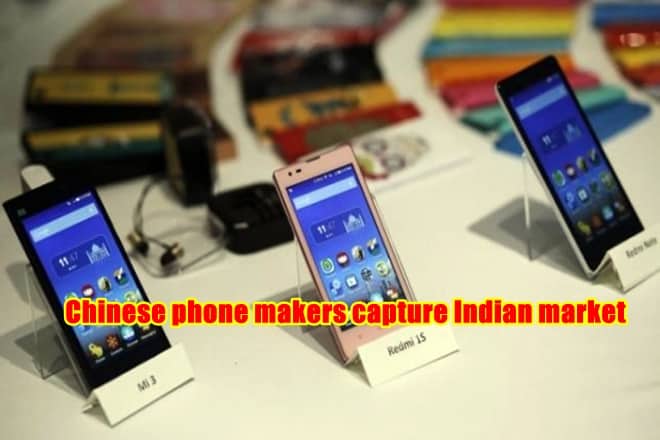 Why Chinese Phones sell:- One Question always hurts me, Why do Chinese Phones Xiaomi, Vivo, Oppo sell so much in India? I think many of you have the same question in your mind. Why are Indian companies (Micromax, Karbonn, Intex) are not growing rapidly as compared to these Chinese companies? Today we will try to understand the strategy which these Chinese companies opt to exploit the Indian Market and Indian Companies.

Why do Chinese Phones Xiaomi, Vivo, Oppo sell so much in India?

Xiaomi entered in Indian Market In July 2014, by launching its first smartphone the Mi 3. The phone has a very competitive price with decent specs which is one of the best at that time. This phone boomed the Xiaomi and the phone was hit. After which Xiaomi continuously launched its smartphones at very competitive prices and sold through Flipkart. All the smartphones were a huge hit, this made Xiaomi the fifth largest smartphone manufacturer. Currently, Xiaomi has 270%+ profit which is the highest and in 2017 Xiaomi surpassed the tech giant Samsung. Xiaomi doesn’t do much advertisement instead they put the money into making their devices more valuable & sell their devices at economic prices.

The only Reason Vivo & Oppo are selling more units is that they are selling their devices both online and offline. The biggest advantage Vivo and Oppo get due to their advertising policy, both the companies spend millions and millions in the advertisement. Their phone sells so much because they give value to their seller other companies give a profit margin of 6% whereas Oppo & Vivo give a profit margin of 12% to their seller. For gaining more profit the seller always recommends Vivo & Oppo. This resulted in the huge growth of these two companies. Currently, Vivo & Oppo has 125%+ profit which is one of the highest in 2017.

Why are Indian companies (Micromax, Karbonn, Intex) are not growing rapidly as compared to these Chinese companies?

The main reason that Indian companies (Micromax, Karbonn, Intex) are not growing rapidly is because They failed to adopt the market changes, instead of giving the high-quality product to their customer they tried to earn more profit. They don’t have the cheap availability of material such as the battery, chips, processor, etc. Whereas Xiaomi, Vivo, Oppo has the availability of these resources, as most of these things are manufactured in China.

What are your views on Why Chinese Phones Xiaomi, Vivo, Oppo sells so much in India?…Comment in the comment section down below.

See Next: Some Unknown Smartphone facts