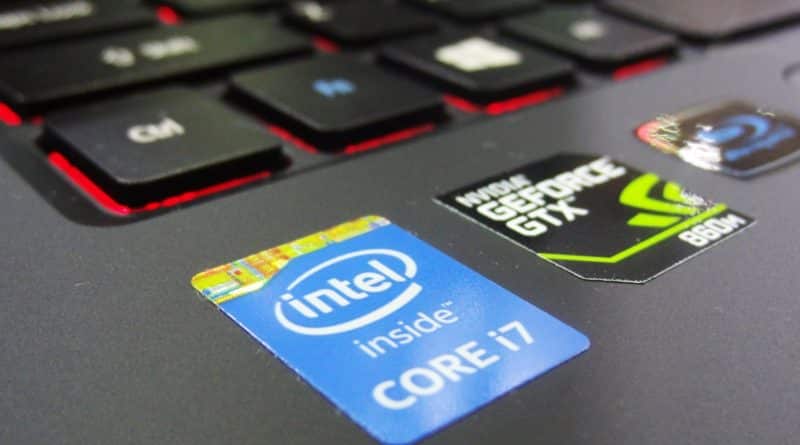 Laptop processors are generally power efficient and have low TDP which made them good for students and for office purposes. If you want a high-end laptop especially for gaming video editing or software designing then you should know which processor is good for these tasks.

We see lots and lot’s of the processor from Intel these days mainly the smart series- i3 /i5/ i7/i9. When we see different models it’s quite confusing such as i5 6200u, i5 7200u or i9 9900k we can’t differentiate between these as all look similar and identical.

U: Ultra-Low Power. The U rating is only for laptop processors. These draw less power and are better for the battery. Example:- i7 7500u, i5 8250u, etc

G: Includes Discrete Graphics. Typically found on laptops, this means there is a dedicated GPU with the processor. Example:- i7 8705G, etc.

Which processor to choose from?

Intel’s most selling as well as best known processors are i3 /i5/ i7/i9. Today most of the devices come with these processors because they are affordable and powerful enough to do day to day tasks.  These processors are the best in terms of everything. They give the best performance and fulfil our needs whether it is gaming, editing or designing, these processors do their job quite efficiently. These processors usually come in all categories such as dual-core, quad-core, Hexa Core, Octa-core, etc. with hyper-threading and turbo boost technology as their main feature. i3 is the slowest & cheapest and can be seen on the mid-to-low-end laptops. This processor is the cheapest in the intel ‘i’ series line up. Nowadays it comes in dual-core and quad-core with hyper-threading enabled in some variants.

You can also buy an i3 CPU for your custom Desktop build. If we see i3 10th generation then you will find it as powerful as i7 7700k which is a flagship 7th generation processor from intel.

i5 is a middle-class and budget-friendly processor. This processor is suitable for most people because it is balanced for each and every task whether you want to game, stream, or process your youtube video. If you want a decent computer or laptop for your day-to-day activities then you can go for an i5 processor.

In desktop i5 10th gen comes with 6 core and 12 threads which are as powerful as the 8th generation flagship i7 8700k processor.

i7 is the fastest & costly when comparing to i3 and i5 processors. This processor is only for those who want ultra-performance in each and every task whether it is gaming, video editing, 3d development, animation, etc.

This processor is very powerful and in many tasks, it comes very near to the i9 counterpart. The latest i7 10th generation is as powerful as the 9th generation i9 9900k which is an 8core 16 thread processor.

i9 is a new class of Intel CPUs (a rebranded name of high-end Xeon CPU for competing with AMD) which usually began with 8 cores and 16 threads as we have seen in i9 9900k.

The latest 10th generation i9 is a 10 core 20 thread beast which is currently the most powerful desktop chip and no intel chip comes close to this powerful processor. This processor is only for those who want ultimate performance in each and every task.

Xeon processors are very high end and used for animation or for research purposes. These processors have very low battery backup because of higher TDP. But performance-wise they are the best and can perform very heavy tasks easily. These processors are too costly and power-hungry that a normal middle-class individual cannot even think of buying them.

Usually, Xeon processors are used in enterprises, servers, where there is large data processing power, is required. These processors work excellently in servers and data processing when combined with the intel optane memory which is a non-volatile caching solution.

This category of processors is found in a very cheap laptop and have low performance. These processors are good for surfing the internet, making a presentation, typing job, etc.

You can get a laptop with a Celeron processor with 1 core 2 threads or 2 core 2 threads at a very cheap price. If you are a student and searching for a laptop then you can grab one for as cheap as $200 (₹15000 approx.) All i9, i7, i5, i3 start out of the same process of building/ Fabrication process. Intel and other silicon manufacturers do have a process to test and classify these into high grade (i7 or i9), Middle Grade (i5), and Entry-level grade (i3 or m3). This process is called binning which is explained below.

Intel has standards for performance, power management, and thermal output for its Core i5 CPUs. If a CPU fails to meet those standards, Intel will bin it as an i3 processor instead. However, since Core i5 processors have four cores and i3 processors have two, Intel will disable two (likely defective) cores on the processor in order to sell it as a two-core processor. Thus, it’s possible your desktop’s i3 processor was meant to be an i5 but failed to meet performance standards, so Intel disabled two of its cores to turn it into an i3.

And vendors may bin-out high-performance components by disabling some of their capabilities and marketing them as lower performance to meet their own supply/demand needs. For instance, if a high-end CPU isn’t selling so hot right now, the supply would be high. A vendor could disable compute units in some of these high-end CPUs so that they’ll fit into the more highly demanded mainstream market and have a better chance of selling.

One should also note that the silicon tape-out process also called fabrication is a very expensive process and manufacturers use this binning process to squeeze max possible returns out of these fabricated processors.

Advantages of  Intel Core i7 vs i5

No of cores:- current generation i7’s have more physical cores than i5’s

Pricing and Market segment:- I&’s are usually intended for the premium market on average about 150 USD more than the middle segment i5’s.

Cache Memory:- Core i7 processors have a larger cache (on-board memory) to help the processor deal with repetitive tasks faster. If you’re editing and calculating spreadsheets, your CPU shouldn’t have to reload the framework where the numbers sit.

This info will sit in the cache, so when you change a number, the calculations are almost instantaneous. Larger cache sizes help with multitasking as well, since background tasks will be ready for when you switch focus to another window. On currently available desktop processors, most i5 CPUs have up to 9MB of L3 cache, while most i7 processors have up to 12M

Intel Processors Comparison:- A CPU or processor is the most important part of a computer (i3, i5, i7, i9,  Xeon, Celeron, Pentium, Atom, etc).

Let me clarify that the high-end CPUs (such as i9 9900k) are not for everyone. If you do the basic tasks such as watching videos, listening to videos, browsing the web, or little gaming then the i3 processor of 7th or even 6th gen would be perfect.

For gamers, according to today’s needs, any next-gen CPU which have at least four cores in it is suitable for gaming.

If you are a serious video editor or programmer then only you required a powerful CPU like i7 8700k or i9 9900k.

But the only CPU is not responsible for good performance. With a good CPU, you should have an SSD or a faster hard drive, higher RAM (8GB at least), and a good graphics card with a capable PSU. These things boost the speed of the PC and make it faster.

Summary:- Intel Core i5 is made for mainstream users who care about performance, an Intel Core i7 is made for enthusiasts and high-end users. I3 would be for price-sensitive entry-level applications/ needs. Only extreme users need to consider Intel’s Core i9-Series -which is a class of processors that is in a market segment above I7 as well.