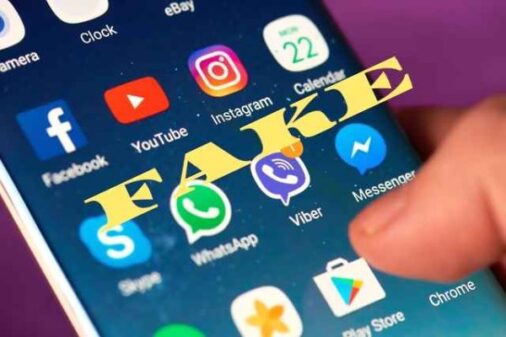 How to Avoid Fake Apps on Smartphones: Today I will tell you how to avoid downloading Fake Apps on your smartphone. Fake apps are dangerous as through which your personal information may leak and you will not even know it. You should be aware and careful while downloading such applications. Here I have mentioned some of the best ways to protect yourself from fake apps available on the internet.

While downloading the app, always read the app description and see what other users have written about that app. Try to identify if the user writing the comment is genuine. Also, check the comments regarding the app if you found poor and negative comments, then understand that the app is fake.

If people always download an app, they also write a review about it. Therefore, once you read the comments given through the people so that it will give an idea of whether the work you are downloading the app will be useful to you or not.

4) See the Ratings of the app

In the app store and website always check for the rating of the app before downloading as it gives a brief idea that the app is legal or not.

5) View the downloads of the app

The best way to identify the original and Fake app is to see the number of downloads in total. Because it gives information about how often that app has been downloaded by other people.

6) Check for the developer of the app

Today there are many newcomers in the app-making industry, if the app developer is new then you should identify it. If the person is not genuine then you should avoid downloading apps made by such a person as it could be fake.

You should check an app before downloading it, don’t download any app circulating in social media, or with the suggestion of someone firstly check all the details then only download it.

Ways to Avoid Downloading Fake Apps on Mobile Phones:- Today smartphones are the most used device in the whole world and there is so much piracy in the app market these days, so if you want to be protected from piracy then be aware of the fake apps.

So, remember the mentioned things in your mind from today so that you and your data be protected in your smartphone.

See Next: How To Reduce Data Usage On Android