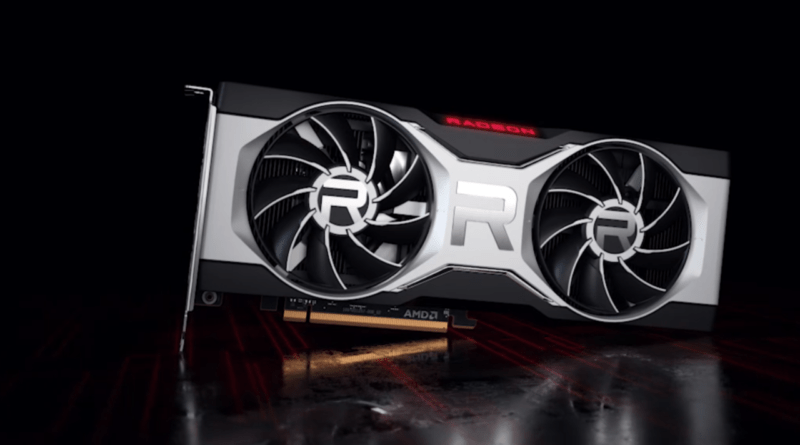 AMD RX 6600 XT finally launched with a competitive price of $379 and will be available from Aug 11. This time there will be no reference cards out of AMD for the RX 6600 XT.

As usual, you will see factory-overclocked GPUs from all the brands for a premium price tag.

The AMD’s RDNA 2 architecture is really fast which will make your gaming experience much better at a midrange price.

This card uses 32MB infinity Cache which is a blazing fast cache solution in the RDNA 2 series of graphics cards. This memory helps in loading the apps, programs, and games to the memory very quickly.

The Power consumption of this GPU is quite decent for a  mid-ranger going up to 160W (TBP) Total Board Power in case of heavy usages.

The GPU has 32 Ray Accelerators for all the ray tracing requirements. This much core will let you run games on low-mid range raytracing settings.

If we look out at the raw power of this GPU then we will find it close to the PlayStation 5 hardware which has 36 CUs ie, 4 CUs more. And eight less of the RX 6700 XT, which usually sell for $479 MSRP, not in case of chip shortage.

If we see at the competition then it will directly compete with Nvidia’s 3060 12GB GPU but then also Nvidia has the lead for the price that is $329. 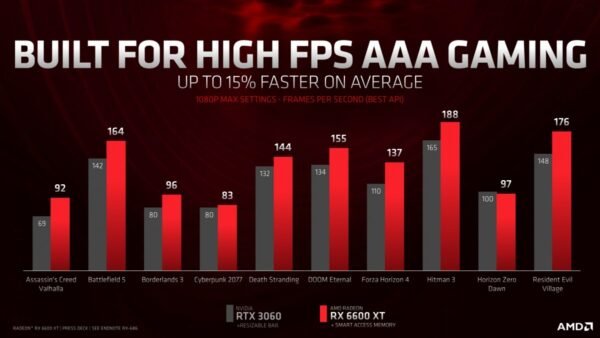 The RX 6600 XT shows better fps in some graphically intensive games such as Assassin’s Creed Valhalla and Battlefield 5, though loses out in Horizon Zero Dawn with very little margin.

The performance is taken while the Smart Access Memory (SAM) is enabled which is reportedly better optimized. For actual accurate figures, we will have to wait for Aug 11 to get the hands-on Graphics Card itself.

See Next: 5 Best Mobile Gaming Categories to Play on iOS